Another milestone – whom am I after 40 years 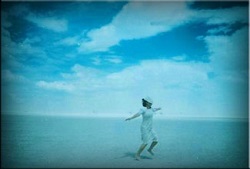 Here again another milestone – whom am I? I was a 15 year kid when I left my birth country, Sweden, to live in Israel, and this weekend it will be exactly 40 years ago. Some of my friends whom also moved to the Holy Land, (making Aliyah), have anniversary parties of the day they landed. So I will have something similar, as its indeed a landmark, and if one can take it to the symbolic level of 40 years wandering around in the desert (like the Jews did before allowed to enter into the Holy Land), am I now ‘kosher enough’ to inhabit the land of Milk & Honey? Being a ‘Jewish Viking’ may bring some complication in the kosher department, but I think after three different ‘Aliyut’ in my life, I should now be able to deserve a peaceful settling in the land of my matriarchal forefathers.

Now is this biblical land at Peace? Not really, yet on one level its more peaceful then its surroundings, as it’s has a powerful Holy point inside Mother Earth and strangely enough safer, then some other countries. The source of that is the Foundation Rock which lies underneath the Temple Mount in Jerusalem. I also think G’d dwells high above Israel, and one of our Creator’s tasks is to constantly protect it from being destroyed. Therefore, one feels safe walking around in the streets, even if an enemy can jump at you from anywhere, using only a simple knife and end your precious life. Still, one must have total trust and faith, and mostly one gets help by high angels from above, which makes it bearable, plus people laugh a lot, as one never knows how long time one will live in a world, that thinks getting rid of all the Jews will make them feel better.

As a bit of a detour in my blog I want to add, I am sure the world would be very sorry without Israel’s existence and without Jews, so its kind of suicidal to hold onto antisemitism as a life path. Plus all the future inventions, medical improvements, high tech devices, nobel prize wining projects that help our world, would then all be gone! What a bummer if that happened. Still, I have faith, G’d will not let that happen, and again the parallel to 40 years in the desert (by the way, this weeks Torah potion, “Be Shelach”, speaks exactly about that) is poignant here, as the Creator, saved the Jewish people in the past, and it will do so in the future as well. So it’s a waste of time, plus so much unnecassary pain and suffering occurs with all the BDS, antisemitism & terrorism, that why don’t we quit it all together right now. It will never succeed, Israel and the Jews have always been around, and will be so in the future. So why not enjoy and share the gifts both ways, as a mutual reception of energies between ALL people.

So to come back to me, still being in the Land of Milk and Honey, is not the easiest thing, but it makes you connected to a higher purpose, truth and to Holy sparks and amazingly interesting people from all kinds of walks of life.

Visiting Stockholm this winter, (after 40 years of not being around Christmas Holidays), meeting my friends, share my Art & Healing work, seeing snow again, and seeing X-mas trees burning with live candles, was an experience. Then I came back to the Land of Milk and Honey just like me and my Mother did in Jan 29, 1975, 40 years ago…what does that make me? A returning Swede? A Sabar? A Jewish Viking? No matter what, I am Eva the Artist who love beauty and painting…which actually began at that time as well!

Since we moved to a new country and new school, when I was 15 years old, I had to process such a big move on top of tragic changes. I sat and draw a lot after my dear sister Miriam died, it was my way to heal and deal with loosing my dearest and nearest and only sibling. May she rest in peace, but I think by now her soul must be doing a lot of  important things high up in Heaven, and probably not resting too much. During that time, my hands poured out many strange expressions of people I did not know, yet still landed on my drawing pads. Yes, that was my ‘Face period’.  I guess being in a place of loss, bewilderment as a young teenager, these faces became sort of my self-revealing & healing venues, to deal with then being without Miriam as well as being left as an only child.

Later on, I entered other painting periods… the ‘Mixed media’ art pieces, came funneling out of me, after studying at the University of California, Berkeley; Multi Media courses. After that I became hooked learning Illustration and Drawing at the Academy of Art College in  San Francisco. I guess, I am becoming a bit of these classic artists whom have their painting periods. Like Picasso’s Blue period… I had my period of Blues when my sister died, and in between many different painting waves; like the ‘5th Dimensional Artwork’ period, the ‘Tulip motive period’, and ‘Kabbalah period’. If you want to see any of these creations, please visit my gallery on www.evaariela.com, or my ETSY account.

In addition to painting, I also studied Drama Therapy, to understand the expressive part of our psyche, which later made me create the Tulip Love system; using the language of flowers and archetypes to bring healing to people. Last but not least, out through the years, I danced a lot on my spare time, which helped me personally to free my soul from the loss of my sister, among other things.